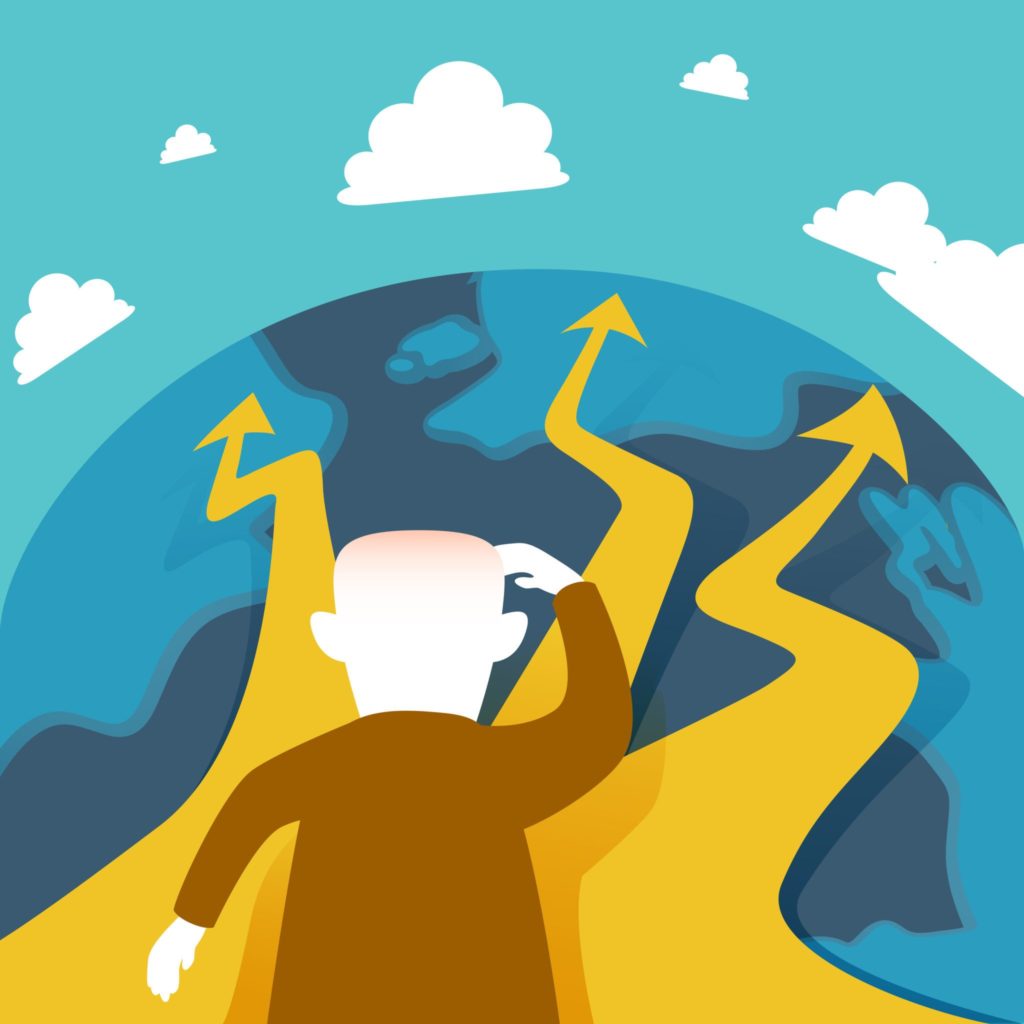 Modern project management was born around the time of World War II. Germany built the first interstate highway system, the Reichsautobahnen, in the 1930s, and the United States began The Manhattan Project approximately a decade later to create the first man-made nuclear weapon. These massive projects required planning on a staggering scale, and the people who undertook them needed new tools and techniques in order to carry them to completion.

This period represented the first golden age of project management, one when scientists, politicians, organizational psychologists, managers, workers, and executives all put their heads together to come up with better ways to get things done.

One of the techniques invented around that time was the Critical Path Method, or CPM. Combined with the Gantt chart, it provided a straightforward way to prioritize and visualize the most important tasks on the project, and it became so widespread that many people think about this view of the project when they think about the project plan.

The CPM is based on the idea that some (usually most) tasks can slip or be delayed without impacting the project’s delivery; some, however, cannot. The activities that cannot be delayed are said to be “critical,” since the project’s timely delivery depends on their scheduled completion, and the combination of all of these critical activities is known as the critical path.

Although it can be tedious and time-consuming, using CPM is fairly straightforward. It follows this basic formula:

When you have completed the steps above, voila, the critical path emerges as the longest path (or paths) of connected activities from start to finish.

All of this work can be performed manually if you are a glutton for punishment, but these days there are project management tools that can take care of the heavy lifting of instantly calculating the critical path regardless of the complexity of your schedule. This lets you focus on more creative aspects of your job, such as experimenting with the number of resources needed and playing around with the order in which work should be performed.

So now that you have this wonderful Gantt chart that shows you which path is critical, what do you do?

The answer is, you pay attention to it! All other things being equal, project managers should probably track the critical path more carefully than the other paths.

Why is CPM such a useful technique?

It’s like learning to cook an omelet or fix a flat tire—some basic skills are good to have. Every project manager can benefit from learning how to calculate and use this technique. Consider this: If you have calculated the critical path correctly, then you have three valuable pieces of information:

So now that you know the critical path (and consequently the three things listed above), what do you do with it? Answer: you prioritize.

There is a mostly-forgotten TV series that aired back 1990s where Kyle Chandler’s character woke up each day to find the next day’s newspaper on his doorstep. Then he was faced with the dilemma of figuring out what to do with all that critical information at his disposal.

But without having tomorrow’s newspaper, knowing the critical path is a great starting point for knowing what to do next. Imagine beginning each day with the knowledge of what is important and where to focus your resources. The critical path points the way. Why does this matter? Because the tyranny of the urgent (but not important) threatens projects and project managers every day.

How the Critical Path method helps

Every week, I start out by establishing my top three to five goals that will make a difference. Now, I am certain that I will get urgent emails and that “fires” will pop up, and I will be pulled into meetings. The sum of these things can easily become a bottomless pit. When I do get sucked into the trap of pop-up urgencies, I will inevitably look back at the end of the week and find it difficult to account for what I accomplished.

But the Critical Path Method actually helps with this, because it helps you determine what is going to help you deliver your project(s) successfully each week. If you are focusing on the critical path, you are by definition, doing the tasks that are important for the timely completion of the project, even (especially) if they do not seem to be the most urgent at that moment.

This is the spirit of the critical path method.

Parkinson’s Law is widely quoted in project circles. It states that “work expands to fill the time available for its completion.” It is cynical, but it is true.  The more time you give to a task, the more time it will gobble up. CPM helps to put some boundaries on things and show the impact of delays. It helps you visualize what really matters.

Critical path philosophy in nutshell:
Certain tasks require more focus and attention than other tasks. In other words, all tasks are not created equal.

What the critics say

The critical path method is not perfect. Some critics point out that it causes project managers to hyper-focus on a potential chain of risks that ultimately means overlook other risks. Remember that the Titanic’s main concern was schedule, but it was actually poised to set a world record when it hit an iceberg. It can be dangerous to narrow our priorities too much.

Another criticism of CPM is that it is often impossible to know at the beginning of the project what the real critical path is going to be.

All of these may be valid, but without a crystal ball or tomorrow’s newspaper a day early, the CPM can be a wonderful place to start.

CPM puts a stake in the ground. It highlights the tasks that are believed to have the highest schedule risk at a point in time, and it helps the team see a way to deliver the project according to the schedule. It is not perfect, like anything, but it is an incredibly useful tool to master.

Get the essential features for 5 people Improve Your Productivity & Get Rid of Your Project Demons
Reflecting on last year, we can all identify things that undermined project progress or inhibited success. I call these things Productivity Demons or Project

The Mad Hatter: How Many Hats Do Project Managers Have to Wear?
If you’re a project manager – and if you are reading this you probably are… or deal with them often on a team – Ten Tips For Taming That Chaotic Project
Steps to Getting Your Chaotic Project Back on Track It happens to projects big and small: one day, you wake up to a mess